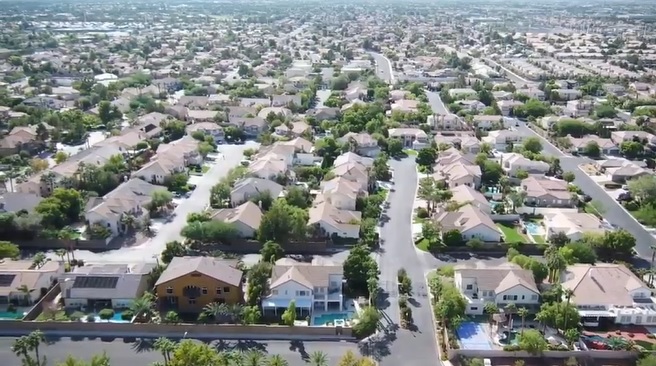 “We always go into our slowdown once we get into the fourth quarter: October, November, December. You see fewer properties coming onto the market,” says Aldo Martinez, the President of Las Vegas Realtors, the trade group that tracks resales. He tells me the market remains healthy, but prices are taking a bit of a breather.

So, the market is pumping the brakes, not only on prices but on sales.

“Instead of seeing five all-cash offers with a 14-day close or something in that realm, you’re seeing a couple – a handful,” says Bellman.

“You’re gonna see some sellers panicking a bit,” says Martinez, about sellers, worried their homes didn’t sell in a week. But they are selling: in September, 84% of homes sold in a month or less.

So, it’s still a busy market: luxury sales continue to boom – those are the homes a million and above. And properties at lower price points in good condition are going fast.

With homes appreciating, condos are popular and now, for many, the affordable option.

So breather, it is.

Martinez says after the holidays, buckle up.

“Get ready for the prices to start hopping again in February and March,” he says.