Millennials Are Leaving the East Coast and Flocking to this City 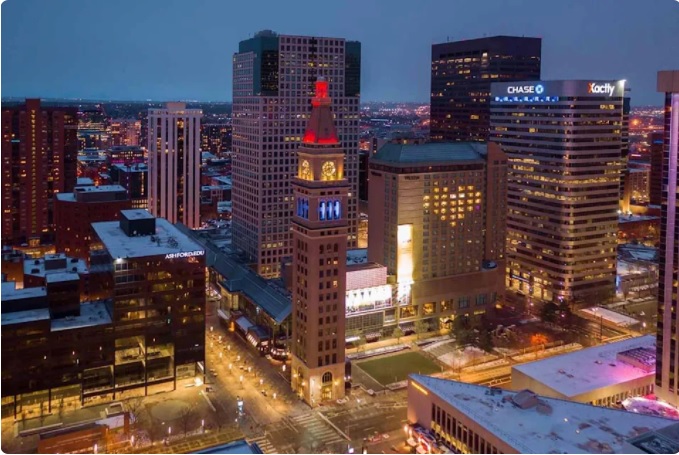 That’s not an order; Millennials are actually headed out to western cities and states, according to a new report by the financial planning site SmartAsset.

The company’s fifth annual “Where Millennials Are Moving“ survey shows a large millennial migration away from cities like New York and Chicago to places like Seattle, Denver, Phoenix and Austin (the south also received a surplus of younger adults).

The survey utilized data from the Census Bureau’s 2019 1-year American Community Survey, which included numbers on all 50 states and the District of Columbia, as well as 180 cities. The report looked at the number of people between the ages of 25 and 39 who moved into a state (or city) compared to the number who moved out of the state. Given that time frame, this actually doesn’t take into account COVID-related moves.

Denver saw the highest net migration, with an estimated 10,974 Millennials moving to the city from a different state in 2019. That generational group makes up 32.92% of the city’s population, the fifth-highest percentage overall.

Texas was the state that saw the biggest migration amongst the 25-39-year-old crowd.

Five of the top 10 cities where Millennials are moving have no state income tax on salaries and wages.

The East Coast and Midwest are no longer destination areas for this age group, as New York and Chicago saw the biggest net losses of Millennials.

That said, if we take into account 2020 moving trends (including COVID-19) and widen the data from just Millennials, different moving patterns emerge. As noted earlier this year by CNN, which analyzed information gathered from the National Association of Realtors and moving van companies such as U-Haul and Atlas Van Lines, people seem headed to places like Idaho, North Carolina, Maine, Alabama and New Mexico.